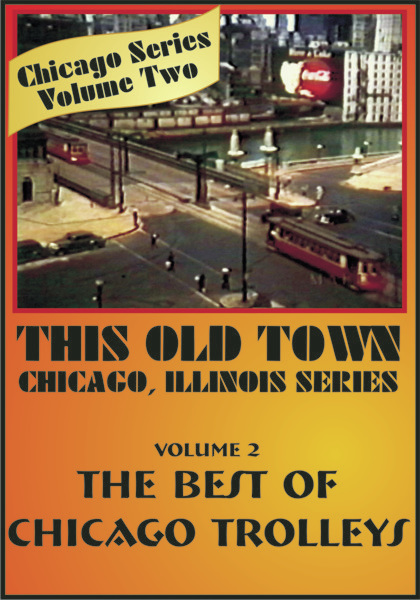 The Best of Chicago Trolleys

New Rapid Transit, 16:58 This one’s an instant classic! See rare 1950s B&W and color footage of Chicago, Illinois’ famous “El” trains. Subway in New York is underground…Chicago’s rapid transit is up in the sky…Elevated…”The El”! Great footage from amateur filmographers with a love for the railroad! See Chicago in the 50s, the classic cars, the roadside depots, the Dan Ryan…created by The MAHP from silent amateur footage, with music and some commentary.

Midwest Electric, 30:03 Another fantastic production from our own Bill Warrick! The electric lines that run through Northwest Indiana and Northeast Illinois are displayed here in this production. Great B&W and color footage back up this great story that includes “America’s Favorite InterUrban”, the South Shore Transit System! Hear how these electric lines got started, and how they fare today!

Bloomington Line, 09:38 This film chronicles the old Bloomington Line, abandoned in February of 1953 when the interurban network began to crumble in the early 1950s. An Illinois Central freight powered by 2-8-2 steam locomotive number 2138, as seen from inside northbound interurban car near Forsythe, Michigan. Mostly silent, with narrative scenes throughout, this is a must have for fans of our Mid-American railroads past, and present! Great B&W footage!

Chicago Surface Line, 14:56 The largest surface lines in the country at the time. See trolleys as they go right along the lakefront over the original grounds of the 1933 World’s Fair. See RARE color footage from the 1940s of trolleys and trains in downtown Chicago! Folks getting on and off during their workday, almost as busy then as it is now! The colorful trolleys and surface rail cars in red and green and gold…rare to find such great footage. Silent amateur footage, with music and some narration mixed in.

Promos, 14:56 B&W and color previews of other Mid-American Heritage Preservation Foundation Inc.’s offerings (MAHP). Check out the great amateur footage we have in store for you! Downtown Whiting, Hammond, East Chicago, Indiana and more! Get your catalog now, and check the MAHP!