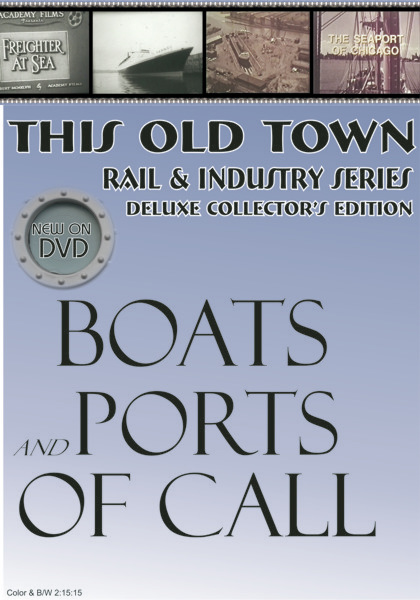 Boats and Ports of Call

This is a collection of Public Domain documentaries of the shipping industry at sea.  1950s-1960s color and B&W film transferred to DVD, for all to enjoy and learn from, once again.
Add to Cart