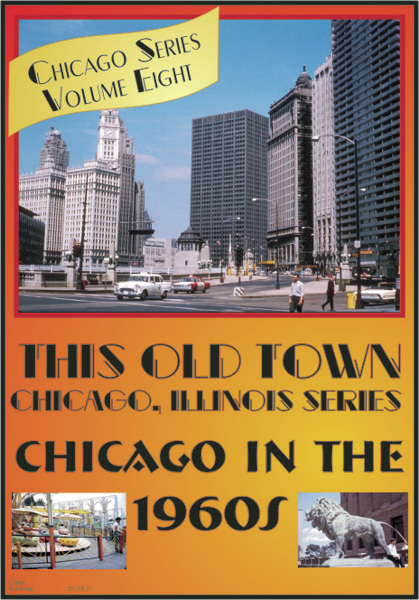 Bonus TWO DISC SET! There was just too much footage for one DVD, and that means SAVINGS for you!!

Disc One includes Chicago in the 60s, showing the changing city and urban sprawl; Chicago Riots, a look at the violence of the late 60s in Chicago; Chicago Chamber of Commerce and population problems; footage of former Chicago Mayor Richard Daly; Riverview Park in 1968 being torn down – but the animals were still there; coverage of the last Monon train leaving Chicago with interviews of the last passengers on board the trip leaving from Chicago and passing through Hammond, Indiana...and much more in the bonus promos!

Disc Two begins with Midwest Heartland of the Nation, a great mixture of footage of midwest manufacturing and Chicagoland footage; also on this disc: Wonders of Chicago, narrated by George Jessel, a business tour of the Windy City; Chicago-Crossroads of a Continent, an Illinois Bell promo film about Chicago; Santa's Village, color home movies from the local park in Dundee, IL; Chicago River, home movie footage of scenes along the Chicago River. Of course, there's much more!!