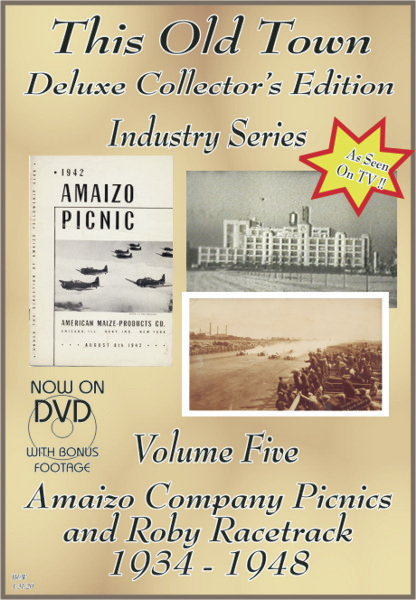 Amaizo Company Picnics 1936-1939 Rare footage of Amaizo in Hammond, Indiana You will see the Amaizo Company marching band, picnic, games, employees, and a cast of hundreds.

Strike at Amaizo in 1948, right at the front gate! People are getting up off their seats to come see the hubbub in front of Amaizo. Then see some Roby guys playing ball outside a Tavern right at the corner near Amaizo. Fun little guy stumbling out of the tavern, too. What a ham!

Watch as the old 1930s racecars zoom around Roby Racetrack, with Amaizo right in the background! This was before the track was “relocated” to Calumet Avenue, as “New Hammond Racetrack”. Don’t get dizzy as the camera tries to keep up with the cars on the turn! Have fun, Race Fans!